Just Because It Hasn’t Happened Yet . . .

Have you ever prayed for something to happen and been disappointed that it hasn’t happened as you hoped?  You’re not alone.  We all have one, two, or fifty things in life that we have been looking forward to happening and have maybe even given up the hope of seeing it come to pass.  We might ask ourselves, “How long should I wait before giving up?”  That is a difficult question to answer.

Several months ago I read an article about a man who had purchased a 1968 Corvette in the summer of 1969.  It was his dream car and he spent ALL he had, to purchase it—to the point that he could not insure it.  Well, three months later, he parked the car in a New York City parking garage only to have it stolen.  He filed all the reports with police and waited for them to find the car.  After a few years, he gave up ever seeing that car again.

Fast-forward 37 years.  A shipping container in Long Beach, California on it’s way to Sweden with a 1968 Corvette aboard was routinely checked through U.S. Customs only to find that this particular car had been reported stolen in 1969!  After detectives did several months worth of research, they tracked down the owner who had his car stolen 37 years before and returned it to him.

WOW!  It makes you wonder if maybe we have given up on things that might still be possible, huh?

In Scripture, we see the story of Abraham who received a promise from God that he would be the father of many nations…when he didn’t even have a son.  The years past…5, 10, 15 years…still no child.  Then 20 years…still no child.  It was 25 years later that Isaac (the promised heir) was born to Abraham and Sarah.  Could you have waited that long?

The vision of the Lord directing Abraham to count the stars (woodcut by Julius Schnorr von Carolsfeld from the 1860 Bible in Pictures).

Public Domain, https://commons.wikimedia.org/w/index.php?curid=5469755; cropped for this website by site admin.

18 Even when there was no reason for hope, Abraham kept hoping—believing that he would become the father of many nations. For God had said to him, “That’s how many descendants you will have!” 19 And Abraham’s faith did not weaken, even though, at about 100 years of age, he figured his body was as good as dead—and so was Sarah’s womb.

20 Abraham never wavered in believing God’s promise. In fact, his faith grew stronger, and in this he brought glory to God. 21 He was fully convinced that God is able to do whatever he promises. 22 And because of Abraham’s faith, God counted him as righteous.

What’s the point?  Just because it hasn’t happened yet…doesn’t mean that it won’t happen!  Maybe it just isn’t time for it to happen yet.

Is there something you’ve been praying and trusting God to do, but you haven’t seen it happen?  Remember that God is faithful…and He ALWAYS keeps His promises.

Greg Perkins serves as Church Development Director for the Southern Missouri District. He and his wife Di Ann have always had a passion for the local church as well as a deep desire to see healthy, vibrant churches reach their communities with the Gospel.  They bring this passion and desire to their work in and among the churches of Southern Missouri.  The Perkins’ are former lead pastors of First Family Church in Osage Beach, MO, and have spent over 25 years in full-time church ministry in Southern Missouri and Kansas, serving as lead pastor in Marshfield, Missouri and Derby, Kansas.  Di Ann has worked as an executive secretary in real estate, banking, international missions, and Christian higher education. In addition to church leadership, Greg spent 6 years as a Senior Sales and Business Development Representative for two Fortune 500 companies, as well as Director of Chaplains for police agencies in Kansas and Missouri. The Perkins’ have two sons, Brad and Alex. Greg is also the author of a devotional book entitled, “Moments of Destiny,” He is currently working on a series of book projects and also has a devotional blog site, www.momentsofdestiny.com. 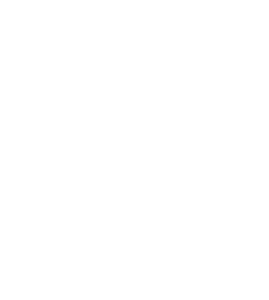